I'll just apologize right now: you are about to be bombarded with an excessive number of pictures of Daphne's 1st haircut. Every once in awhile, as a parent, you just get sort of extra-overwhelmed by the cuteness factor. This was one of those times for me.

Anyway, Daphne had grown herself what can only be described as a mullet. Giving her a bath last night (the hockey hair is more pronounced when wet) I decided it was time for the bottom to come up a bit to meet the top.

We went to Little Clippers in Lake Oswego. Who knew a haircut could be such a magical experience?

Her stuffed dog, Cruncher, came along for moral support. 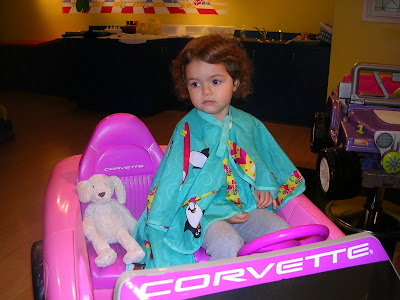 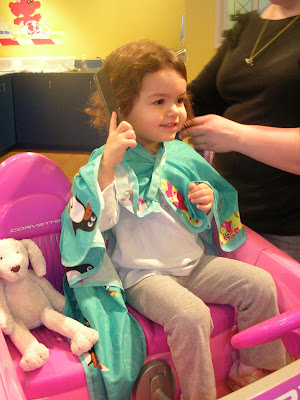 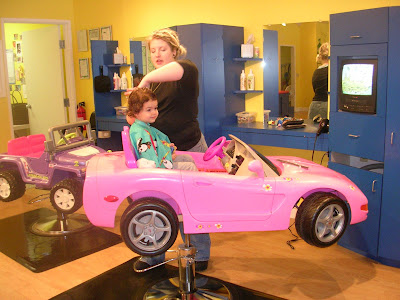 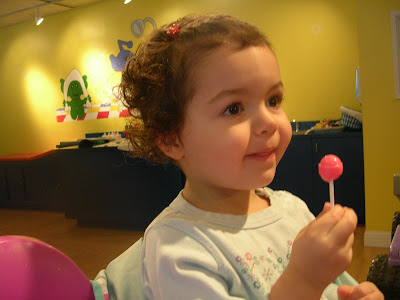 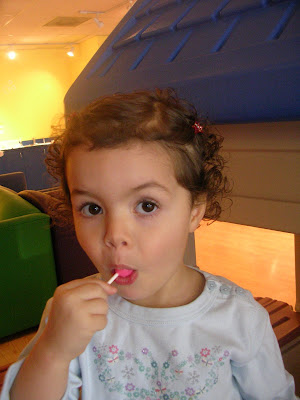 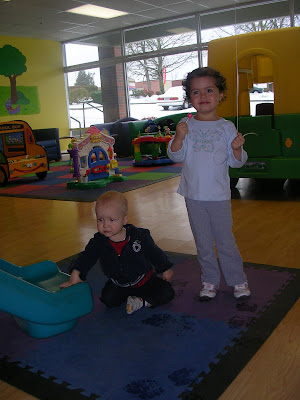 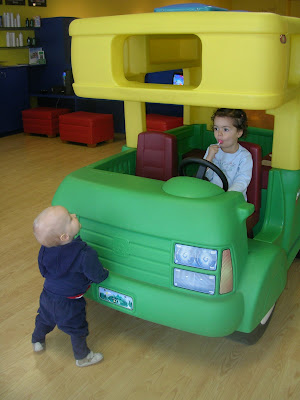 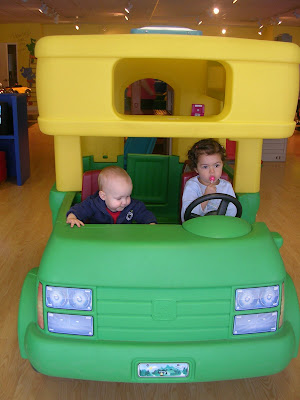 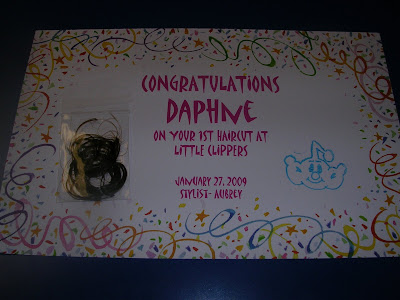 And finally, nothing says you're a parent more than seeing this in your rear-view mirror: 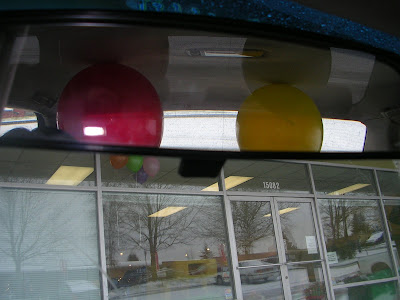 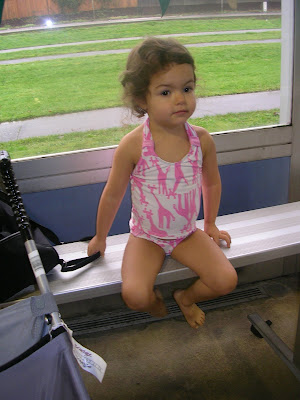 Last week Daphne began swimming lessons at the local high school pool, just a couple blocks away from our house. She seems to be enjoying them well enough. She's gaining a good balance of comfort and healthy fear of the water. There are only 2 kids in her group and they each stand on a little platform while they wait their turn. The teacher is clearly bored out of her mind, but I doubt the kids can tell. Meanwhile I have acquired an exciting new job which is to keep James from crawling into a pool and drowning himself two times per week for 30 minutes. So far I've been successful, but it's getting harder each time. Wishing he was a better fan of the stroller. 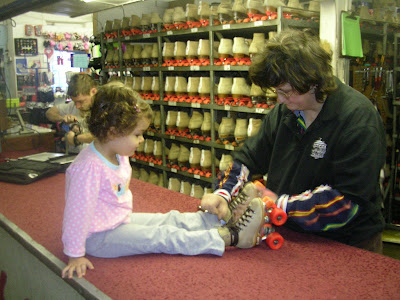 I took Daphne and James over to Oaks Park the other day for preschool rollerskating time. They let you wear street shoes and bring strollers out onto the floor, you get a little skating lesson, there's a guy in a chipmunk costume that plays with the kids, they put balls out to play with, there's a little snack provided. Sounds like fun, right? Daphne was sure exited, as she loves to "skate" on tupperware lids on the kitchen floor at home.

Well, I sort of forgot that skating is hard. I don't think I really know how to skate very well, come to think of it. At first they tighten up the wheels when the kids are just starting out, so they don't slip around too much. But then you're basically just wearing heavy shoes and clunking about. So, at first there was a whole lot of this: 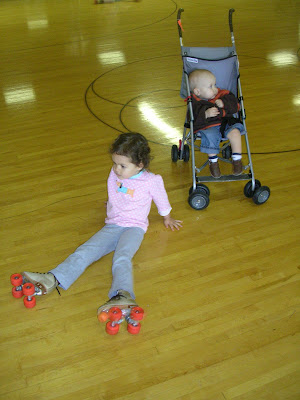 (no, she had not fallen, she just didn't want to stand up in the first place)
Then we had some of this: 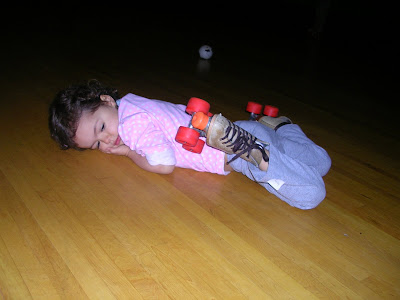 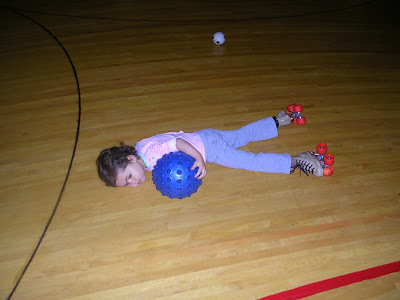 At this point, with James getting really mad also, I was really regretting this. But eventually she did get up and "skate" a little bit, and actually seemed to have a pretty good time.

Here's some video if you have the time...

Daphnne too "sleepy" to skate:

(you can hear James whining at me in the background and then he does his patented little looking away, "shunning" move to me when I turn the camera to him)
Daphne "falls":

Daphne "skates" to me:

I don't know about anyone else, but our photos of family Christmas festivities tend to feature one of two things - chaos or eating (and sometimes both at the same time). This year was especially tough to capture the holiday since I was very sick and I'm usually the family photographer, and poor Pete was trying to do all the parenting and photographing at once. I actually missed out on Christmas at my in-laws, but the rest of the family went over to their house. I joined the Christmas dinner and present-opening proceedings via Skype on Pete's laptop. It was strange for me, but I imagine even more strange for them to have a laptop displaying my talking head as a guest at the dinner table.

Okay, maybe it was the most strange for James. Here he is trying to find me again after we'd signed off :-( (the Brandon Roy jersey was an awesome gift from Uncle Jake).


Despite not having much to show in the way of Christmas pictures, I just had to post this sweet photo of Daphne and her Great-Grandma Woods that my mother-in-law took when we had Christmas at the Great-Grandparents' house (I was sleeping in the back room for that celebration!) 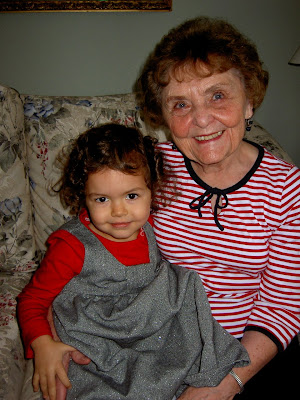 Anyway, all in all I'm looking forward to NEXT Christmas!
Posted by Pete and Rosie at 3:30 PM 1 comment: