Well, turns out the "some reason or another" from my last post turned out to be the fact that I forgot one set of pictures from one of our Christmas celebrations was still sitting on the camera.

Our New Year's Day Christmas at Grammy and Grandpa's (you can see how this can get confusing, though, yes?)

Daphne got to try on one of Aunt Julie's old dresses made by Great Grandma T. 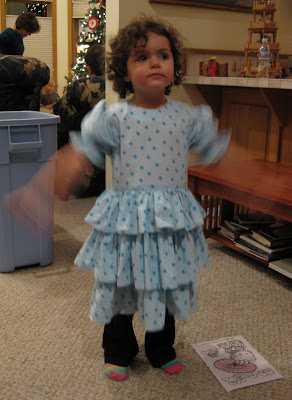 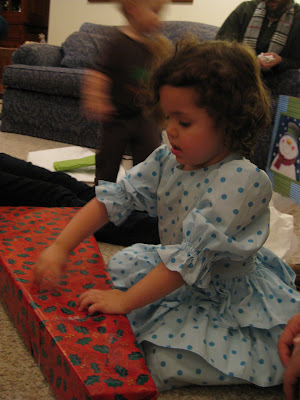 What was inside that strangely shaped box... 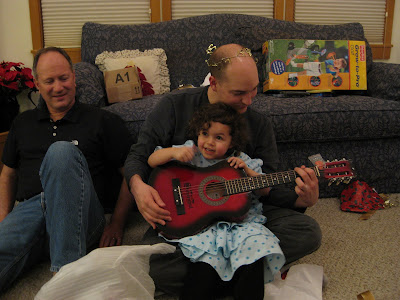 James got some lefty-friendly golf clubs 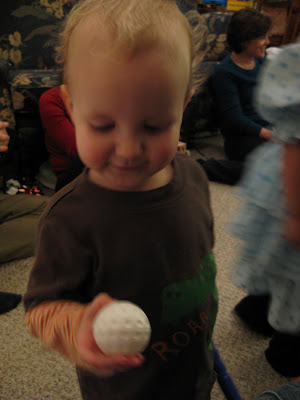 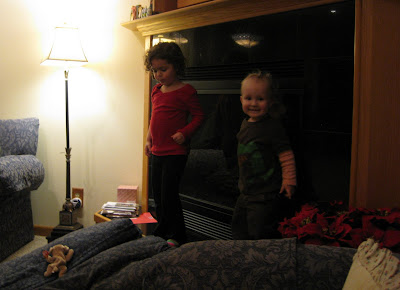 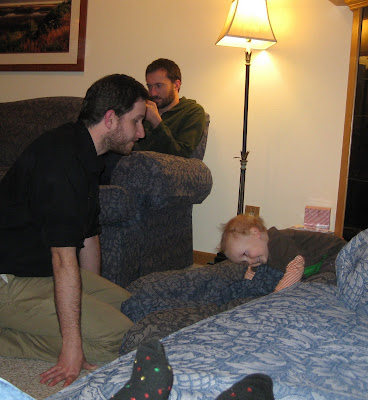 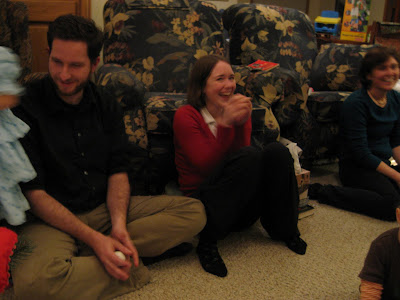 Dark and blurry but too cute not to post 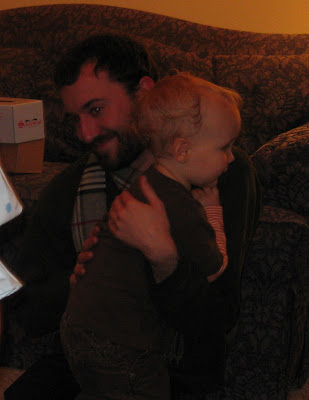 Merry Christmas all over again!
Posted by Pete and Rosie at 5:09 PM No comments:

We had several Christmases with different family members, and some gatherings even had overlapping family members or same locations with different people. So I'm not going to bother explaining what's what, except for maybe some basic IDs. And of course some people didn't make it into the photos for some reason or another, but I'm a firm believer that that sort of thing all evens out over time.

So without further ado (since the last thing we need in Christmas celebrations is MORE ado), here's some photos in no particular order, plus a bonus video if you make it to the end: 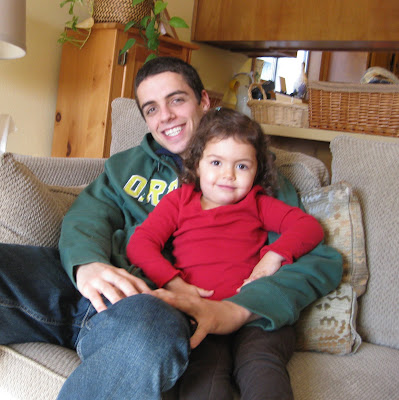 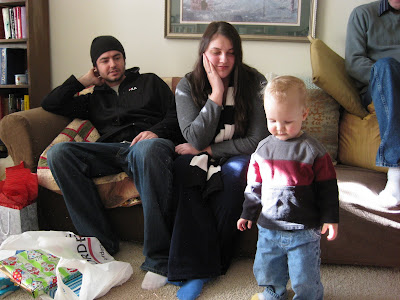 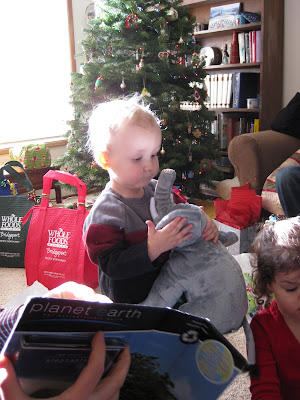 Nana and Granddad in the background (my parents) 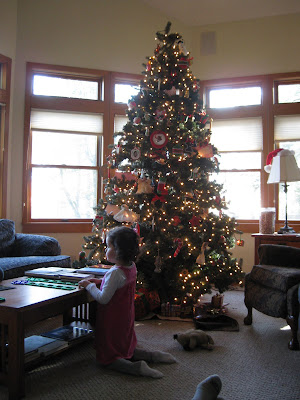 And now a few more family member cameos of sorts. Here's Grandpa (might be a family resemblance there...) 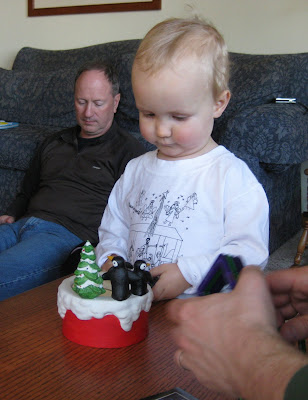 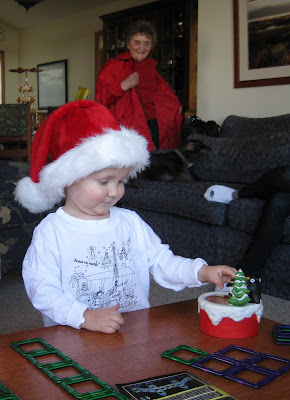 Hey, Pete snuck into this one! 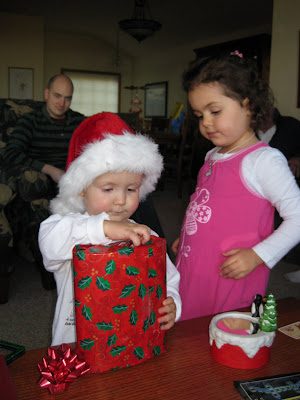 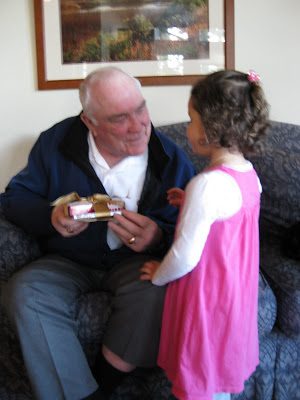 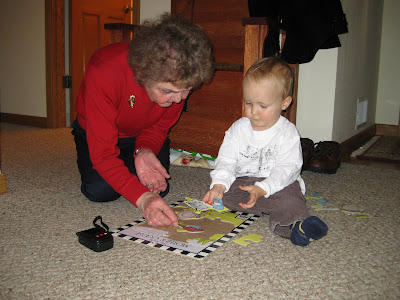 Jr. Santa (aka a rare breed of kid who likes wearing hats) 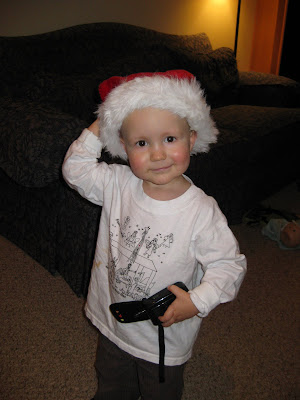 Surprised Mary (hey, you would be too, right?) More on this Mary stuff later... 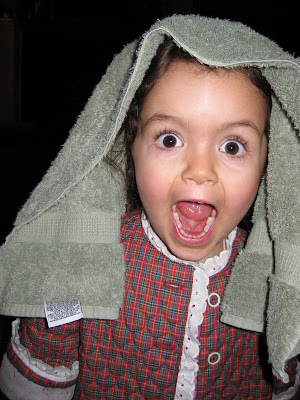 Contemplative Mary. And wait, was that my Dad in the background? 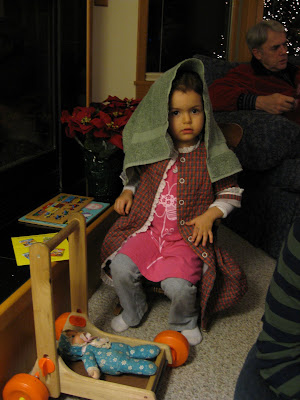 Why, yes, it was. And why was he holding a Cabbage Patch doll, you ask? You'll see... 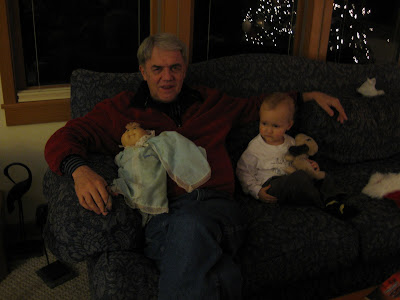 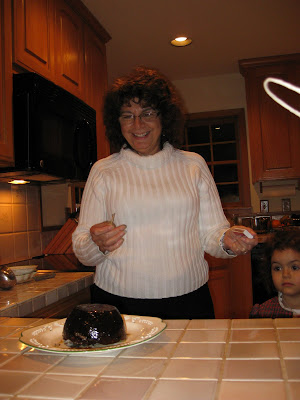 Grammy and the kids looking at animated Christmas cards 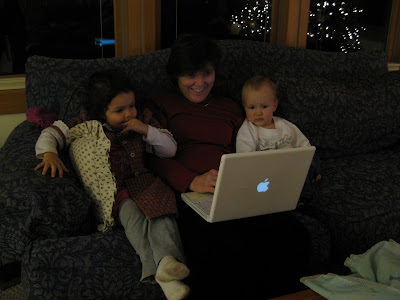 So about this whole Mary thing. Daphne decided that she'd like everyone to play "the Mary game," which we soon found out was her version of a 1st Christmas Pageant. So, she assigned everyone roles, handed out props, and then directed and starred in an impromptu play. She told me, for example, "your husband can be Joseph." Here's the result.

Oh, and just for fun, I'd like to make it a scavenger hunt. See if you can spot...
1. A traveling/stolen manger
2. A head-dress made of a couch arm cover
3. A Snuggie-wearing shepherd.
4. A sheep
5. A Cabbage Patch angel
6. A very picky and pregnant 4-year-old.