We spent the first day of spring with gorgeous weather and great company. Our friends Autumn and Brent have a little girl and boy Daphne and James' age, and we spent our Saturday morning hanging out at their house. 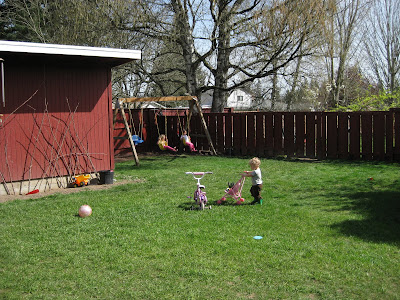 The kids played on the tractors 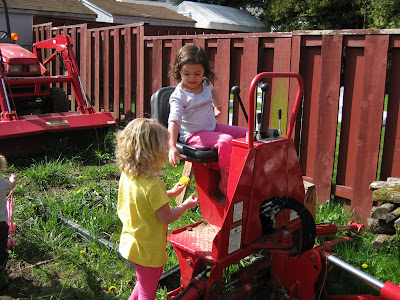 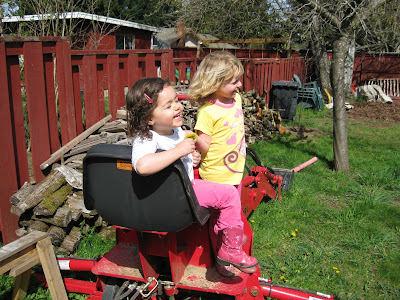 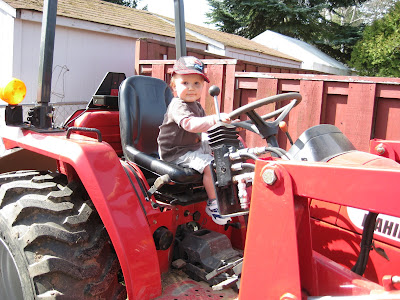 We fed an fraternized with the chickens 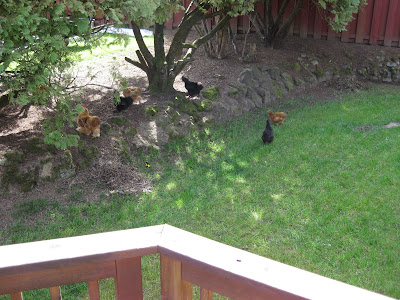 (mostly at a distance) 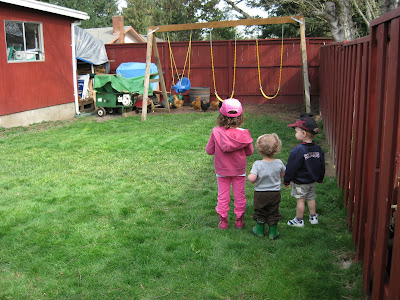 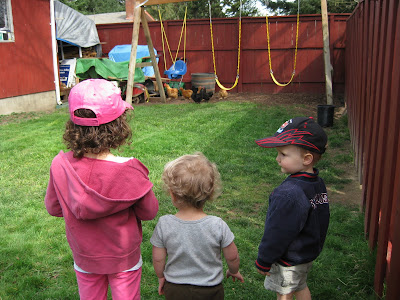 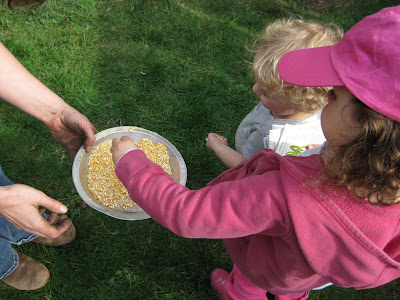 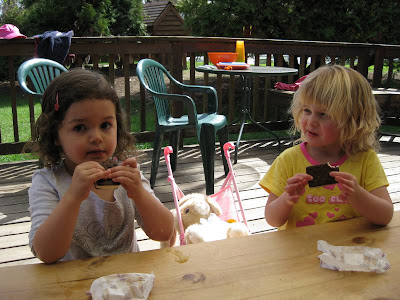 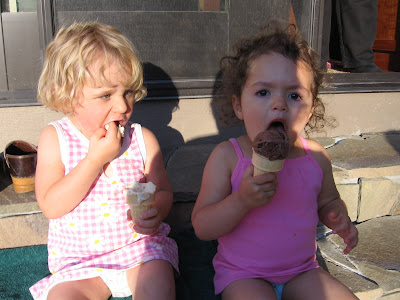 And most importantly, Autumn and Brent helped us get started on our latest project/adventure. I won't tell you about it just yet since I don't want to jinx us, but I'm sure you'll see a blog post about it sometime soon. For now, here's your only clue. (Okay, and don't spoil it if you know) 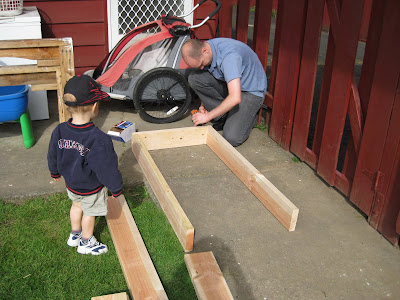 Happy Spring!
Posted by Pete and Rosie at 2:48 PM 2 comments:

For the past few weeks on Tuesdays, the kids have had class at Southwest Community Center. Daphne does baseball on one half of the gym, and I'm with James on the other half of the gym doing a little tumbling class called "Gym Dandies." I chose the classes because they were cheap, simultaneous, and followed directly by a session of indoor park. And I liked the name Gym Dandies. So I call the whole thing Gym Dandies for short. 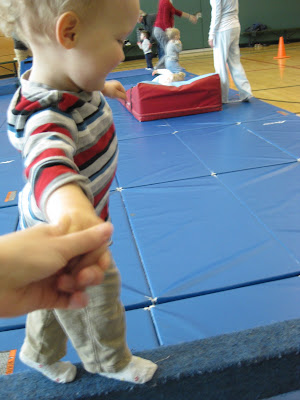 This is pretty much the first class I've ever signed James up for - usually he gets dragged to whatever Daphne's doing. He's enjoying it. 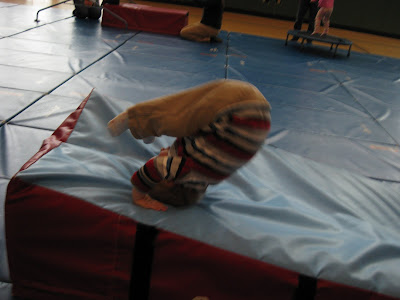 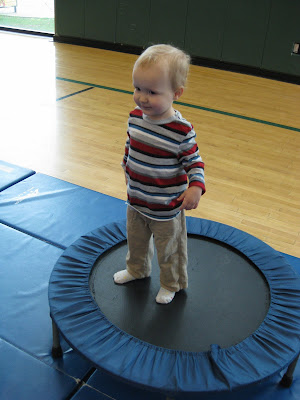 Daphne turned out to be the only girl in the baseball class. She holds her own, for sure. Not surprisingly, really...she's never been exactly shy and retiring. The kids love to go dive after any ball, and Daphne's right there with them--whether they're on offense or defense. Mostly when they're on offense. But who can blame them. 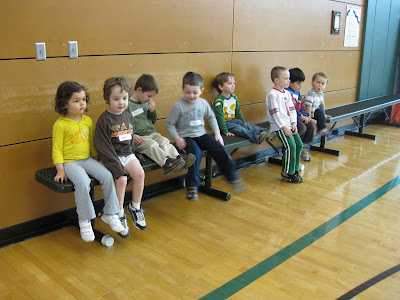 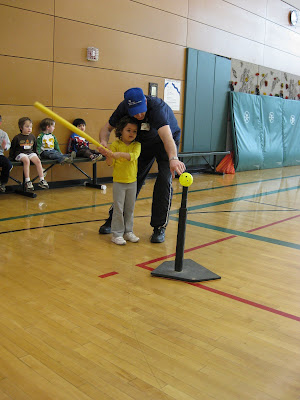 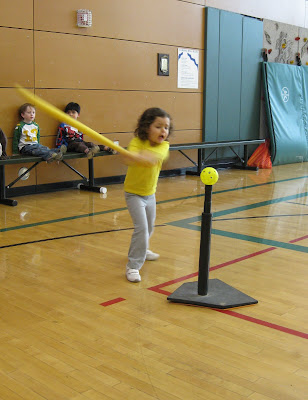 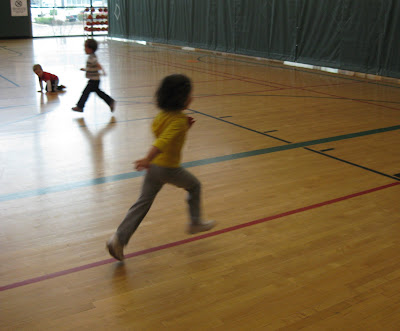 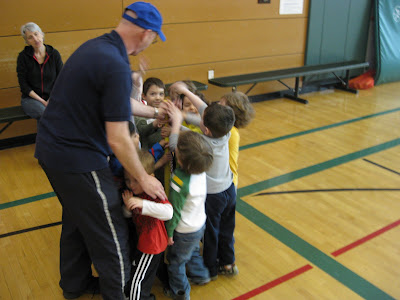 Then the divider between halves gets rolled up, as James looks on... 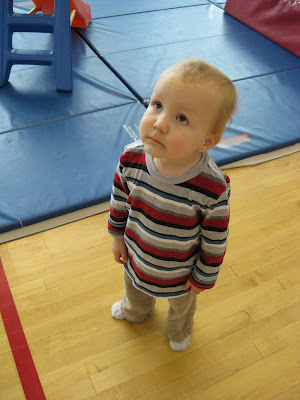 Indoor Park! Can you spot them? 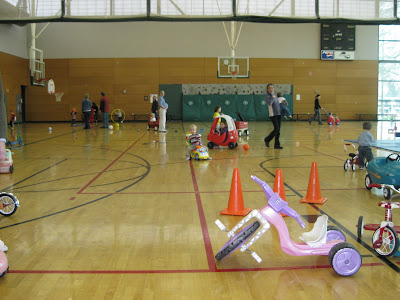 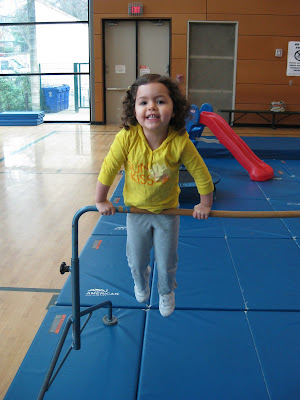 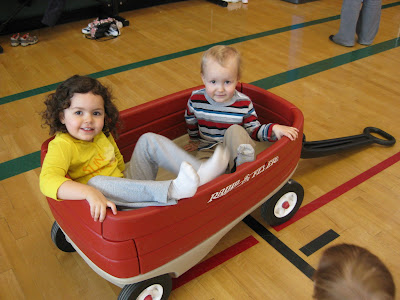 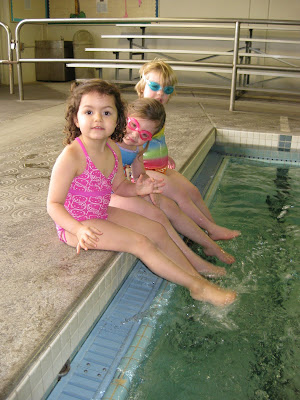 From day one, one of the truest descriptors for our first-born (and then particularly in contrast to our second-born) was "wiggly." She has never stopped wiggling, and this is especially pronounced in the water. All inhibitions and obstacles to wiggling are removed, I suppose, and she is free to explore her wiggly nature to its fullest. She thrashes and throws herself at the mercy of the water without a care in the world. Funny, the other thing that's more pronounced is her ability to tune out adults. She's supposed to wait by the wall for her turn. Between the teacher and I, a lot of time is spent saying, "Daphne, back to the wall!" I feel bad the teacher often has to interrupt working with the other kids to go rescue her as she strands herself beyond where she can touch ground. I guess she'll learn fast that way. I tell myself that.

A millisecond of wall time. 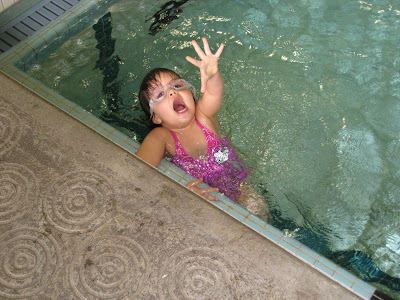 Back to the wall! 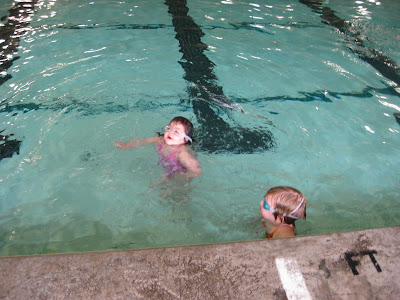 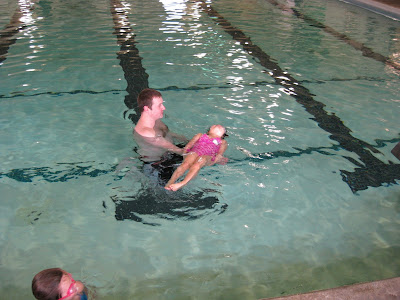 She does quite well on her back, but forgets to breathe and starts rolling over. 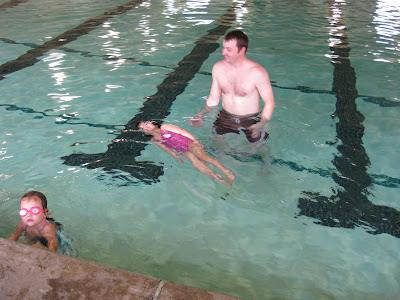 Here goes Daphne in the foreground. In the background, you may remember her enthusiastic teacher from the video from last year's lessons 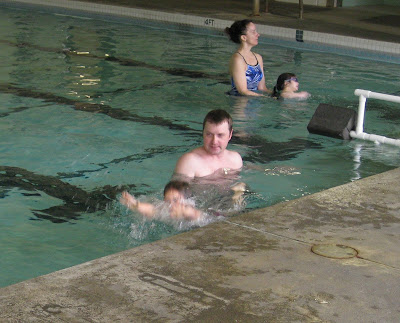 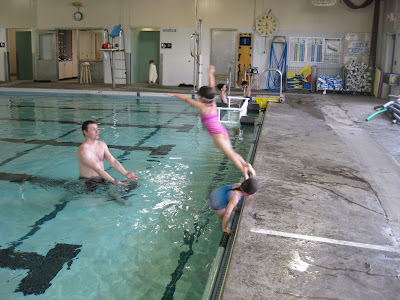 She's getting the hang of it.